7. How do we stop the flow of refugees?

Structurally stopping the refugee flow is only possible if the poor possess a basic income-in-kind in their own countries. If they can lead a decent life without requiring a job or social benefits to do so in their own country, there would be no reason for them to flee. For those currently fleeing from poverty or having been granted asylum in a foreign the same rule applies. If they do not wish to be a burden they too should possess a basic income-in-kind as soon as possible. 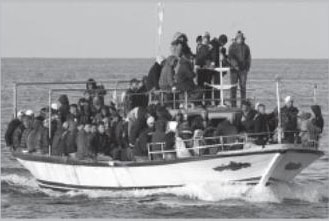 As described in Section 4, in both cases the rich countries can lend them money during the construction period for bed–bread–bath, which they later repay by matching the price of the remaining apartments to that amount, allowing each plan to cover its own costs. With government funding intended for experimental development work the pre-financing of cities in poor countries is made possible.